Due to some trouble with my internet connection I built some tooling to monitor the connection. You may use it to gather data to talk to your provider. Or you can use it to get into a measure-change-measure debugging cycle. The latter approach helped me solving my problems (see this post for more details on my investigations & actions).

So I modified an existing package (see the fork link on Github) to make the monitoring completely running on my Synology. I chose that one, as it is always on and capable of running docker (I’ve got a Synology ‘+’ version). So in the end there is a Docker Compose file that will do anything that’s needed. For those of you who live on the edge and have it fully automated: there is a shell script as well that will even create all folders that are needed for the Docker images.

I am collecting data for

As you can see looging at the details: my last unplanned reconnect was on April 27th. Uptime is a growing counter. As german DSL lines are auto-reconnected by the provider every 24h you will see a regular saw teeth curve. Any additional small peak indicates a reconnect. 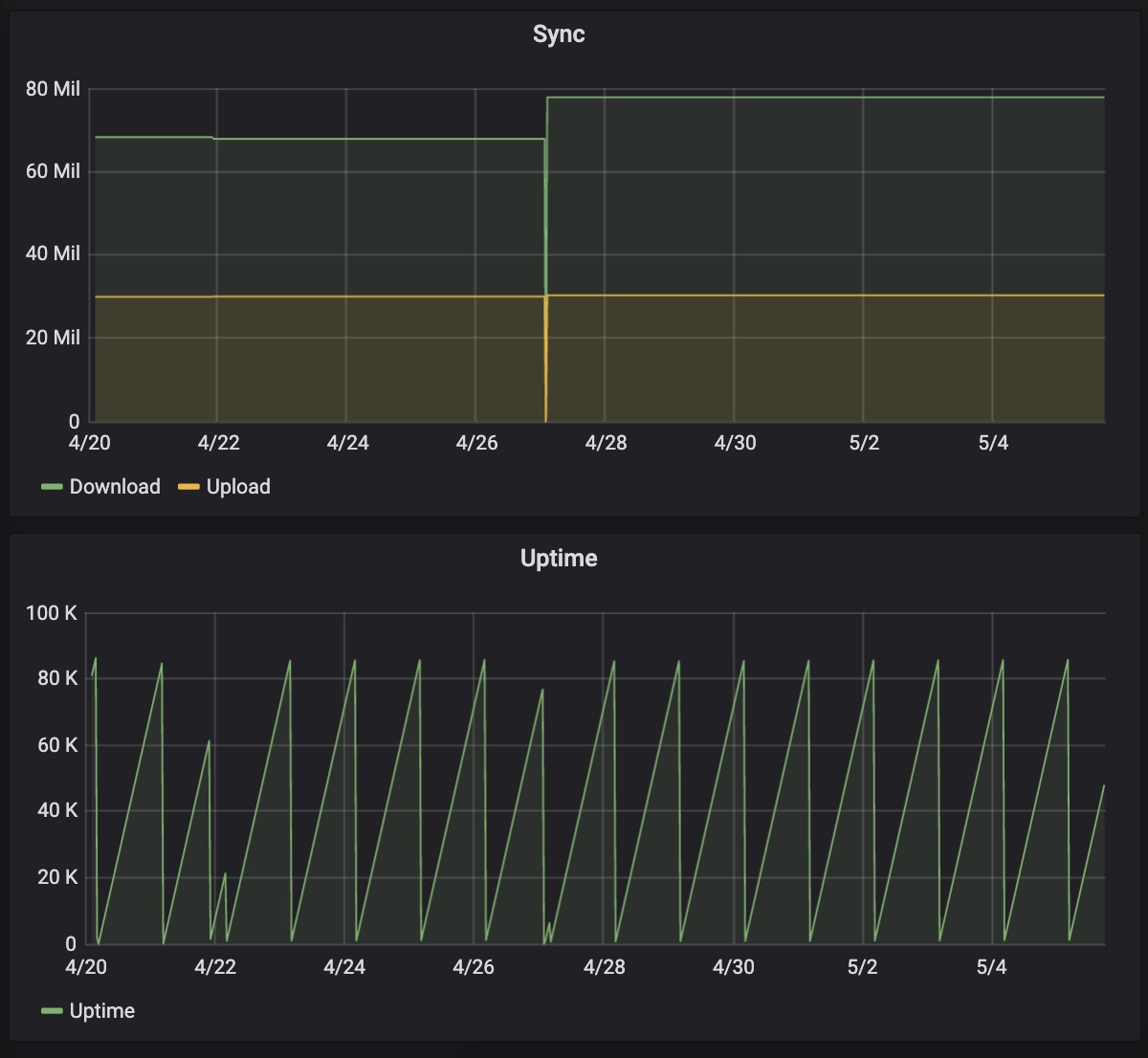 The whole thing will install: